Paleo Diet: Yes, No, Maybe So

So what is Paleolithic Nutrition? Simply stated; it is the science of what our pre-historic ancestors ate for millions of years of hominid evolution long before the development of civilization and agriculture approximately 10,000 years ago. The general dietary premise is that human beings have not yet evolved past the Paleolithic era biologically, and therefore, we should not be eating neolithic agriculturally produced foods. Could this be accurate? Paleo advocates support the notion that hunters and gathers did not suffer from chronic diseases, diabetes, arthritis, heart disease or cancer. Can this dietary philosophy avoid the pitfalls of auto immune diseases and disorders that are a direct result of foods that must be processed to be made edible? In reality, our ancestors hunted naked, and were armed only with a sharp stick! The Paleo or Caveman diet is not without controversy, since we have adapted to a broader diet including whole grains, dairy and legumes. Currently, there are numerous options for tweaking your approach based individual differences and athletic goals, so let's dive in head first and figure out the pros, cons do's, don'ts trade-offs and compromises. 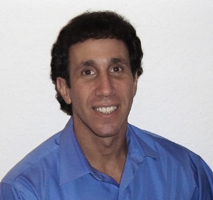 Scott Josephson is a nationally recognized award winning conference speaker throughout the world who has been published over 100 times, and has been featured in educational webinars, videos and DVD's sold worldwide.

Scott earned his degrees at University of Miami, and previous served as an operating partner at The Center for Nutritional Research and Treatment and the Director of Operations at the world renowned Hippocrates Health Institute. In addition to credentials, his work portfolio includes world renowned television, film and music industry celebrities, as well as Wimbledon Champions and athletes from the New York Giants and New York Mets.